When They Fall in Love - Artwork from the Book

On Monday, April 8, at Austen Authors, I will launch my latest Pride and Prejudice re-imagining, When They Fall in Love. The story is set in 1820-21 in Florence, Italy. Here is a summary:

Spring of 1814 – Fitzwilliam Darcy proposes to Elizabeth Bennet at the Hunsford Parsonage, but his offer of marriage is rejected.


Spring of 1821 – A recently widowed Fitzwilliam Darcy has taken up residence with his six-year-old daughter, Alexandra, at a villa in the hills above Florence and invites Charles and Jane Bingley and their daughter to come for a visit. Included in the invitation is Elizabeth Bennet, who has taken on the responsibility of governess for her niece.


In the intervening years, Elizabeth’s opinion of the Master of Pemberley has altered greatly, but has Darcy’s opinion of Elizabeth changed? After all, he married another and fathered a child. Will they be able to put their troubled history behind them?
When They Fall in Love is set against the background of the greatest city of the Renaissance, a perfect place to start over.

For those of you who have read my books, you know that I love history, but I also love art, most particularly the art of the Renaissance, which was the primary motivation for placing my story in Florence, the birthplace of the Renaissance. I was fortunate to have visited Florence twice and to have viewed the magnificent treasures of the Uffizi Gallery. Several are mentioned in When They Fall in Love, and they are pictured here: Rape of the Sabine Women and the Colossus of the Appenines by Giambologna; Perseus with the Head of Medusa by Cellini; Venus d' Medici modeled on Praxiteles's Aphrodite of Knidos; The Duke of Urbino by Piero della Francesca (with an opening on the left for his deceased wife, Battista Sforza);  The Venus of Urbino by Titian; and Madonna and Child by Fra Lippo Lippi. 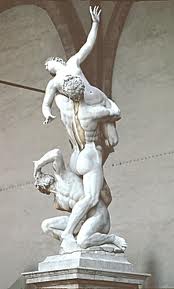 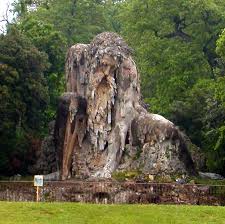 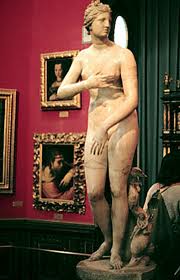 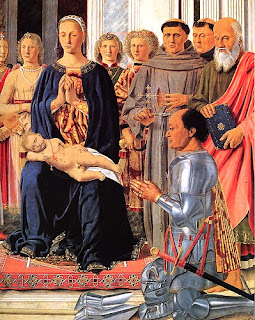 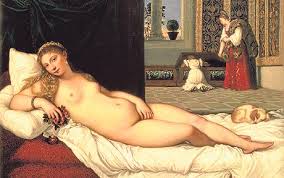 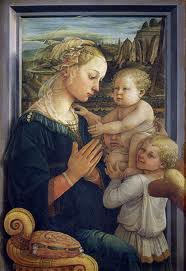 I hope you will join me on April 8 at www.austenauthors.net for the launch and giveaway of When They Fall in Love.