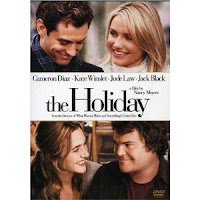 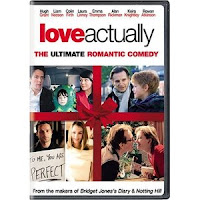 While watching Love Actually, it looked very much like a reunion of actors who have appeared in Jane Austen adaptations: Colin Firth, Keira Knightley, Emma Thompson, Hugh Grant, and Alan Rickman. I really enjoyed most of this movie. (I could skip the creep who goes to Wisconsin to find hot women and the porn couple.) But there's so much good chemistry in this film that it has now become a holiday favorite. Another new favorite is The Holiday with Kate Winslet (Sense and Sensibility) and Jude Law. If you include period pieces in my JA/classic connection, I can mention Rufus Sewell, who plays a cad in this movie and Will Ladislaw in Middlemarch (another favorite). Happy Holidays!
I know you are dying to know what my favorite movie is: While You Were Sleeping with Sandra Bullock and Bill Pullman.
Posted by Mary Simonsen at 11:24 AM 9 comments:

The Newark Star Ledger, Mr. Darcy's Bite and Me

When I was growing up in North Jersey, ten miles off the George Washington Bridge, I was surrounded by newspapers. Every morning, my father bought two newspapers: The New York Times (he loved the puzzles and the brain food) and The Daily News (he followed the races at Monmouth and Aqueduct Racetracks). On the way home from school, I picked up The New York World Telegraph for an invalid spinster who lived in our apartment complex. There was also the Journal American, The Post, Herald Tribune, The Sun, and various ethnic newspapers as well.
My mom worked the night shift at a bank, and when she got home from work around midnight, she would read The Paterson Evening News—every darn article in the paper—even though she had to get up at 6:00 in the morning to get her six kids off to school.
At that time, New Jersey had “the blue laws,” that is, no stores were allowed to be open on the Sabbath. For Christians, that was Sunday; for Jews, it was Saturday, which meant that the only store open on Sunday was the Jewish candy store. That was where, every Sunday after Mass, we bought The Newark Star Ledger. Before we had a car, we had to carry this ten-pound paper home. As soon as we got in the door, the paper would be dismembered as everyone went for their favorite section. (Mine was the Parade insert.) The Star Ledger was a part of my childhood, adolescence, and early adulthood. So you can imagine how pleased I was when Mr. Darcy’s Bite was reviewed by The Ledger. Without further ado, here is the review:
This book is written with enough originality, whimsy and respect for Jane Austen’s style to make it stand out in the crowded field of Austen genre mash-ups. Simonsen revisits Darcy and Elizabeth’s tempestuous courtship and provides an explanation for Darcy’s erratic behavior: He’s a werewolf. Bitten on a childhood sojourn in Europe, Darcy has guarded his secret: He transforms at the full moon.
Because Simonsen carefully imagines how a werewolf nobleman would adapt to society and how that would play out with Austen’s characters, the story works as earnest rather than camp. After Darcy reveals his nature to Elizabeth, she must decide whether she still loves him. Simonsen’s characterizations are faithful to Austen, but engagingly playful with the possibilities of a werewolf double-life. His werewolf nature connects Darcy to the passions of the natural world, letting Simonsen ratchet up the couple’s romance. The classic love story between Elizabeth and Darcy holds firm, even if things do get a little hairy once a month.
I have not lived in New Jersey since 1977, but I have fond memories of The Garden State. So this review is something of a homecoming for me, and I’m pleased as punch that a fellow Jerseyite liked my story.
Posted by Mary Simonsen at 8:57 PM 3 comments:

A Funny Thing Happened on the Way to Publishing...

A funny thing happened on the way to publishing Becoming Elizabeth Darcy. If you remember when Mr. Darcy's Bite launched in October, it had a very rough start. The printer inserted about a dozen pages of someone else's book at the end of mine. That took about ten days to clear up. Two weeks ago, someone placed the UK version of my book (which has a different cover)  for sale on Amazon US, and for reasons known only to Amazon, that cover knocked the US version off the main page, making Mr. Darcy's Bite available only to "these sellers," none of whom happened to be my publisher, Sourcebooks. It took about eight days to work that out as well. Because I was not the publisher, there was nothing I could do except to wait. One of  the advantages of self-publishing is that you can jump right in and fix things.