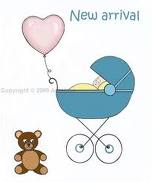 Last night, my husband and I became grandparents for the second time, and so I will be taking time off to enjoy my new grandson, Skyler, and to help my daughter who delivered by C-section. See you in a few days. Mary
Posted by Mary Simonsen at 10:14 AM 9 comments:

Email ThisBlogThis!Share to TwitterShare to FacebookShare to Pinterest
Labels: Family

Analysis of Sense and Sensibility 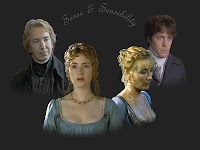 Screenwriter Alexandra Sokoloff analyzes "Act I" of Emma Thompson's Sense and Sensibility. There is so much more in the first 45 minutes of the movie than meets the eye. It is a fascinating look at this wonderful film. Thanks to Susan Kaye at Austen Authors for finding this.
Posted by Mary Simonsen at 2:00 AM 6 comments:

Email ThisBlogThis!Share to TwitterShare to FacebookShare to Pinterest
Labels: Sense and Sensibility

Feast of Santa Lucia - December 11 in most Nordic countries 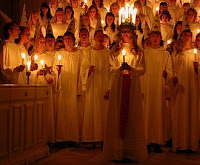 In the 1980s, my husband and I hosted an exchange student from Sweden, and he shared the custom of the Feast of Santa Lucia with us. Basically, it is light chasing away the dark.

From Wikipedia: St. Lucy/Lucia is one of few saints celebrated by the overwhelmingly Lutheran Scandinavian peoples (Danes, Swedes, Finns and Norwegians). The St. Lucy's Day celebrations retain many indigenous Germanic pagan, pre-Christian midwinter elements, and the practices associated with the day, predates the adoption of Christianity in Scandinavia, and is like much of Scandinavian folklore, and even religiosity today, based on the annual struggle between light and darkness.

The Nordic observation of St. Lucy is first attested in the Middle Ages, and continued after the Protestant Reformation in the 1520s and 1530s, although the modern celebration is only about 200 years old. It is likely that tradition owes its popularity in the Nordic countries to the extreme change in daylight hours between the seasons in this region.

Read more »
Posted by Mary Simonsen at 3:19 PM No comments:

Handel and the History of the Messiah

In today's post, Sharon Lathan of Austen Austhors has a post on how Handel's Messiah came to be associated with the Christmas season. Scheduling concerts to raise money for charity is older than you may think, and one of the reasons why The Messiah is perfectly suited to the giving of alms that we associate with this time of year.

From Wikipedia:  Handel's  festival or ‘Commemoration’ took place in Westminster Abbey in 1784, to commemorate the twenty-fifth anniversary of the death of George Frideric Handel in 1759 and was organized by John Montagu, 4th Earl of Sandwich. The Concert of Ancient Music took the form of a series of concerts of Handel’s music, given in the Abbey by vast numbers of singers and instrumentalists.

The commemoration established a fashion for large-scale performances of Handel’s choral works throughout the nineteenth century and much of the twentieth. E.D. Mackerness in A Social History of English Music described it as "he most important single event in the history of English music."

Hallelujah! Something to get you ready for the Christmas season

Thanks to Tony Grant of London Calling for finding this. :) Mary

If you are curious about what would have been served at a Christmas dinner at Oxford College in 1773, I just so happen to have a post today on Austen Authors that will give you a pretty good idea. But here is a sampling:

We had for dinner two fine cods boiled, with fried soles round them, and oyster sauce, a fine sirloin of beef roasted, some pease soup and an orange pudding, for the first course; for the second we had a lease of wild ducks roasted, a fore-quarter of lamb, and salad, and mince pies.

Since I don't eat fish, beef, duck, or lamb, I would have pretty much have been dining on salad and dessert. I might have had a bowl of pease soup, but was it nine days old?

For this bit of history, I consulted two friends, Tony Grant and Lynn Shepherd. Thank you. Now continue on to my favorite Holiday Movies post.