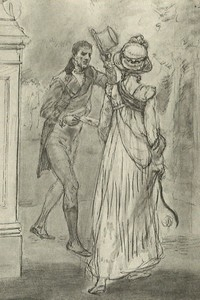 In 1814, Patrick Colquhoun, a Scottish merchant, statistician, magistrate, and founder of the first Thames River Police, wrote a report entitled A Treatise on the Wealth, Power, and Resources of the British Empire in which he constructed a table of Britain’s many classes:


Highest orders (first class): Royal family, the Lords Spiritual and Temporal, great officers of state, and all above the degree of baronet with their families (576 heads of family/2,880 persons comprising their families.

Second class: Baronets, knights, country gentlemen, and others having large incomes with their families (46,861/234,305)

Third Class: Dignified clergy, persons holding considerable employments in the State, elevated situations in the law, eminent practitioners in physic (doctors), considerable merchants, manufacturers upon a large scale, and bankers of the first order with their families (12,200/61,000)

Fifth Class: Lesser freeholders, shopkeepers of the second order, innkeepers, publicans, and persons engaged in miscellaneous occupations or living on moderate income with their families (564,799/2,798,475)

Sixth Class: Working mechanics, artisans, handicrafts, agricultural laborers, and others who subsist by labor in various employements with their families (2,126,095/8,792,800) and menial servants (1,279,923)

Excluding the approximately 1,000,000 men serving in the Army and Navy, the total is 16,402,988. Of that number, only 2,880 belonged to the highest order. That rank would have included Darcy’s grandfather, an earl, and his children, Darcy’s mother, the father of Colonel Fitzwilliam, and Lady Catherine.

The next group, or second class, includes Fitzwilliam Darcy. Although not a member of the aristocracy, he belongs to an elite group of only 46,861 heads of household.

Mr. Collins, as a rector, is in the third class.

According to the annotated Jane Austen edited by Patricia Meyer Spacks (p. 47), the Bennets are in the fourth class as persons of moderate income and, I assume, property owners.

When Elizabeth tells Lady Catherine that “Mr. Darcy is a gentleman, and I am a gentleman’s daughter; so far we are equal," it is a stretch. According to the laws of the United States, all men are equal under the law, but we know that some people are more equal than others. This was the case with the Darcys and the Bennets.

The English were extremely class conscious, and so it is understandable why Mr. Darcy thought he needed to point out to Elizabeth at the time of his proposal how inferior her connections were. In his own clumsy way, he was providing her with a demonstration of the depth of his love, i.e., he was descending to her level. I think when Elizabeth sees Pemberley, she realizes just how much Darcy was willing to put at risk by making her an offer.

What do you think? 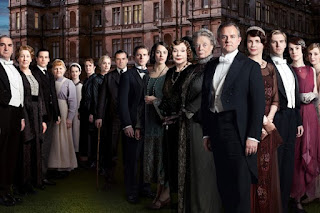 If I could sum up Downton Abbey’s third season in one word, it would be whiplash. From week to week, one never knew which Mary Crawley would show up: the loving wife or the woman who picks Edith apart. During this season, Lord Grantham went from caring husband and concerned father to the embodiment of I’m a Little Teapot, "short and stout, when he gets all steamed up, then he shouts…" And he shouted a lot. Thomas, our bad boy, became a weepy girl lying in bed hoping to get some attention from the man he loves. Daisy,  the clueless, but sweet scullery maid, became the nasty assistant cook. And O’Brien? Good grief! She wasn’t happy just getting even with Thomas; she wanted him utterly destroyed! So much for a spiritual renewal following the “soap” incident.

Good points:
Stellar acting. Considering the scripts they had to work with, the cast did everything they could to pull it off. Kudos to Maggie Smith (Dowager Grantham), Hugh Bonneville for making us not hate Lord Grantham, Jessica Findlay Brown (Sybil) for making the most of an undeveloped character, ditto for Allen Leech (Tom Branson). When Elizabeth McGovern was allowed to act, she was an excellent Lady Grantham.

The below-stairs cast is really fantastic, especially Carson, Mrs. Hughes, and Mrs. Patmore. Although I do not think Thomas would have behaved the way he did when James visited him in his room, the acting was first rate.

Bad points:
Weak scripts: The imprisoned Bates; Thomas, who could go to prison for being a homosexual, kisses a man who has given him no encouragement; Isobel and the reformed prostitute whose first attempt at cooking was a souffle; Edith falling for a man with a wife in an asylum. (Ugh! The crazy wife has already been done. Thank you Charlotte Bronte.)

Dropping characters into the plot: An example from last year was the supposed Downton heir showing up in bandages; this year we got Rose. Why should we care about her embarrassing herself and the family when we don’t even know her? It’s a lot to ask of an audience. Don’t care about her parents either. Ditto on the maid flirting with Branson.

The Shrimpy and Susan Show. Why make Susan so evil? At any minute, I expected her to turn into the evil queen from Snow White.

The finale: Yes, Dan Stevens wanted out, and so he had to go. But blood running down his cheek! Did we really need to see that? Was it necessary to couple that scene with the blessed arrival of his son?

In my opinion, there are too many story lines. Julian Fellowes thinks he must have something for everyone to do, and so he writes ridiculous tangents. For example, must Edith’s happiness depend on a man? She is quite capable of turning into a stellar newspaperwoman. Let her do that. But, no, she’s in love with a man who cannot, by law, divorce his insane wife. Another was Branson's shenanigans in Ireland. One week of the rebel firebrand, and then he's off to running Downton.

I know that if I lived in England at that time, I would have been a maid, trudging up the stairs to bring the married women their breakfasts. Although the ladies of the house had little to do, and I would have had a great deal of work and a long day ahead of me, it was the way things were. However, I would have loved to see Lady Grantham and Mary actually get up out of bed and have breakfast with their husbands! That would have been something.
Posted by Mary Simonsen at 12:53 PM 6 comments: