Happy Thanksgiving - An Excerpt from Darcy on the Hudson

Thanksgiving is such a quintessential American holiday that it was prominently featured in my novel, Darcy on the Hudson. Here is an excerpt from the story that shows a typical Thanksgiving in early 19th Century New York:
Before sunrise, Mrs. Bennet was in the kitchen seeing to the last minute details for today was Thanksgiving Day. After she was satisfied that everything was ready, she went upstairs to join the others who were waiting to leave for worship service. This was to be Mr. Collins’s first—and last—Thanksgiving Day in America, and he was aware of the importance placed on the holiday by his parishioners. had shared with Lizzy that he had spent a good part of the previous week writing his sermon, and she thought it would be the best he had ever delivered. Lizzy, in Christian charity, refrained from making comment about the quality of Mr. Collins’s sermons as she had grown rather fond of the preacher. She especially liked how he often deferred to his wife when his thoughts were muddled, which was often the case.

Email ThisBlogThis!Share to TwitterShare to FacebookShare to Pinterest
Labels: Darcy on the Hudson

Final Report from AGM on Sense and Sensibility 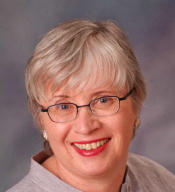 One of the plenary speakers for the JASNA Annual General Meeting was Joan Ray. Joan is a professor of English and President’s Teaching Scholar at the University of Colorado, but you probably know her as the author of Jane Austen for Dummies. Joan is a walking encyclopedia of Austen and her works. If you cut her, she would bleed Austen—not the Austen of Masterpiece Theater or feature-length films—but the writer of six novels. Here is what Joan wrote in the 200th Anniversary Guide to the JASNA AGM:
For many readers, Sense and Sensibility is Austen’s most problematic novel; they note, for example, that Edward Ferrars, the hero, is a liar and that Colonel Brandon’s (whom some scholars even deem “elderly”: he’s 36!) marrying Marianne turns her into a Regency trophy wife. 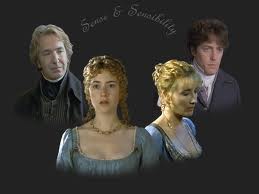 There is a difference between the novel and its adaptations. To begin with, Hollywood (a generic term for movie makers) has decided that Elinor, our heroine, is taller and fairer than her immature sister, Marianne. That is exactly opposite of what Austen had written. Because of Hollywood, we think of Col. Brandon as being something of a stick in the mud, not a good match at all for the more exuberant Marianne Dashwood. But according to Joan Ray, this too is wrong. Col. Brandon, he of the flannel waistcoat, is “merrier” than Marianne and capable of strong emotions. After all, he had enough spunk to fight a duel! Again, according to Ray, it is not that the colonel is misunderstood, but merely under read. It is Ray’s contention that Col. Brandon is perfect for Marianne, but in order to know that, we must read the novel. After listening to her presentation, I came away convinced that Marianne will be happy with the colonel, something the film and television adaptations had failed to do.

As I mentioned in an earlier post, the highlight of the JASNA AGM was listening to screenwriter Andrew Davies. The man has a natural wit, and all his stories were thoroughly enjoyable. However, he saved his funniest comments for Emma.

Davies mentioned that Austen’s novel has a young Mr. Knightley enjoying his visits to Highbury. “Why?” Davies asked. “For the sterling companionship of Mr. Woodhouse? Of course not, he was a young man, and because Emma would have been toddling about in her nappies, it couldn’t have been because of Emma. Therefore, it is obvious that George Knightley had a crush on Mrs. Woodhouse, which makes sense because, obviously, Emma did not get her personality from her father.”